A beautifully attired weeping and fearful bride is being guided to her marital bed, for her first wedding night. She is sided by a clerical giving her blessing and an elderly married woman gently putting her arms around her body to reassure her. In the back there are two more figures, one of which is playing the bagpipe. This instrument, together with the chamber pot and the chandelier the bride is holding, are all refering to the subject.

This depiction was first painted by Quinten Massijs in the 15th century and later on used many times, often in a series of different marital statuses.

One of those examples is an engraving that can be found in  the Rijksprentenkabinet in Amsterdam. This engraving has a meaningful capture. Nu schreyt de bruyt, nochtans, ick wedde, sy sal weder lachen, als sy is te bedde. Which can shortly be translated as : Fear not, for fear will soon turn into pleasure.
The used colour scheme, is despite the miniature style of the work very light and vibrant.
This painting comes with a well chosen and beautiful frame that embodies the characters and has some fine guilted details.
6 x 8 cm (2 ³/₈ x 3 ¹/₈ inches)
Gouache on Velum
16th century 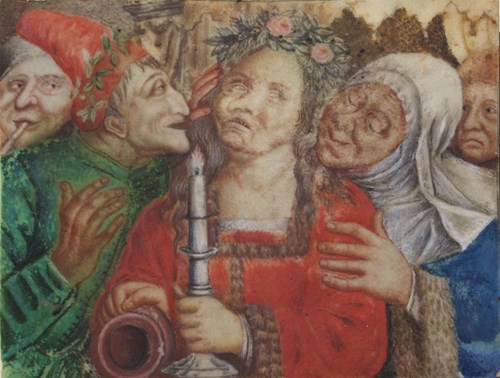 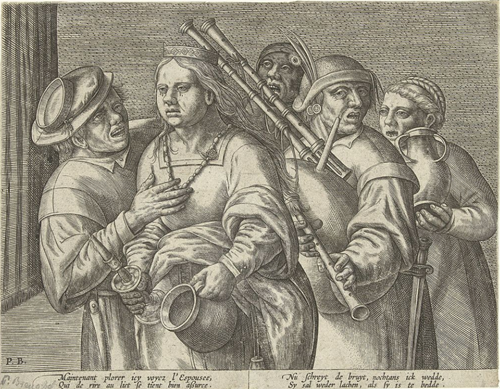 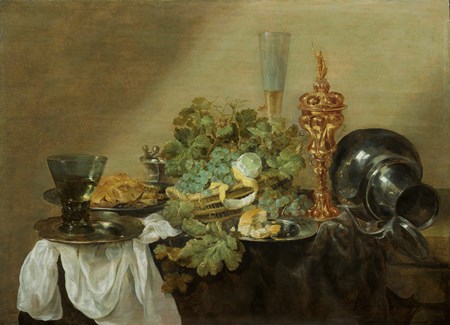 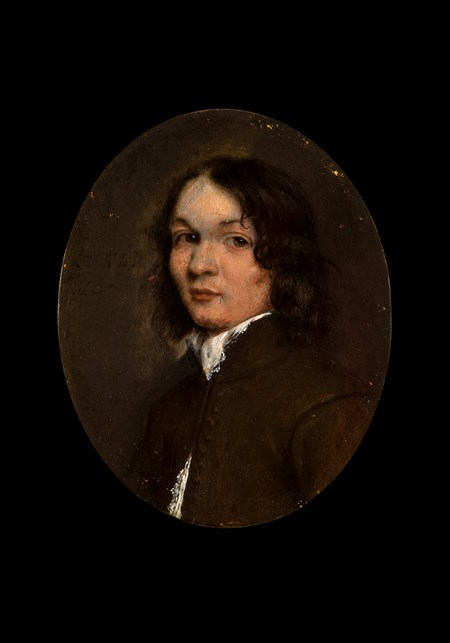 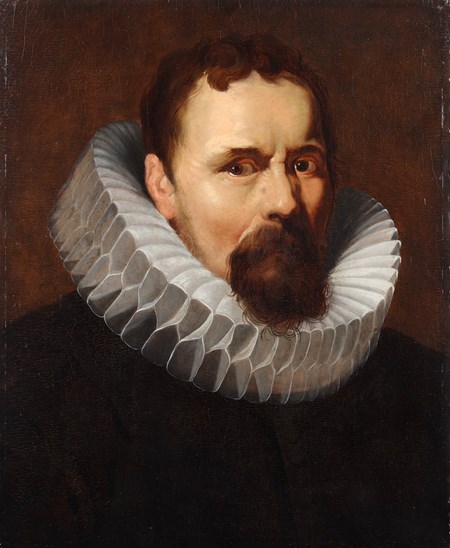 Portrait of a man with millstone collar