Portrait of a lady

A stunning blushing young woman in a noble costume follows us with her soft but piercing eyes. Her facial features are delicate and her collar and headpiece elaborately refined.

This work was painted by Cornelis De Vos, a vivid member of the St-Lucas Guild in Antwerp at the start of the 17th Century. He himself was not scolared by a master. Although David Remeeus was not the best of painters, he did introduce his pupil in the artistic circles of Antwerp.

Another great influence and one that is not far away when speaking in terms of Antwerp's Golden Age, is Rubens. First of all, the close proximity of this master and his studio (both from Antwerp), but also the family bonds (Jan Wildens and Frans Snijders were his in laws) made that Cornelis was part of the inner cirle of Rubens as from 1610 and onwards. Especially between 1620 en late 1630 they had contact on both personal and professional level.
When we talk about the influence the grandmaster (Rubens) had, it's easily mistaken that other painters 'copied' his style and or technicalities. What Cornelis De Vos did is not to be considered as copying but more as mirroring. So you can use and adapt certain motives, techniques or even scenery, but if it has a personal touch, an originality, it's not considered a copy. Cornelis mirrored the grandmaster, but he himself excelled in originality.

This particular painting is quite Rubenesque, both in the engaging look of the woman, the colour-scheme, the positioning of body and use of light and especially the fine and thin brushwork have Rubens written all over it. This typical brushwork can be best deducted from the collar and lace cap, two distinct fashion features of the era. You can (not almost) see through the layers of fabric, you can count the hairs on her head and the elaborate embroidery is simply breathtaking.

Cornelis de Vos became a significant player of the art scene at those days, in the first place renowned for his portraits but also for his historical works.
As mentioned, Rubens also handed over some assignments to Cornelis De Vos. In the Torre de la Parada (the hunt lodge of Philips IV in Madrid), 5 works were executed by Cornelis by Rubens' designed (different captions of Ovid's Methamorphoses).

Label on the back :
"Portrait of a Dutchwoman by Cornelis de Vos, National Galery, 23 December 1959" 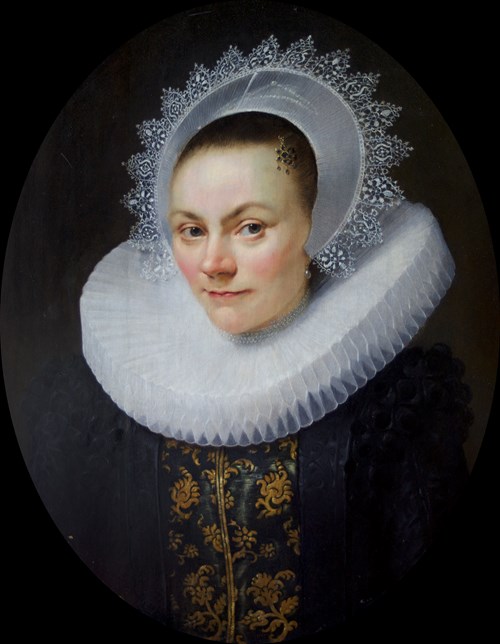 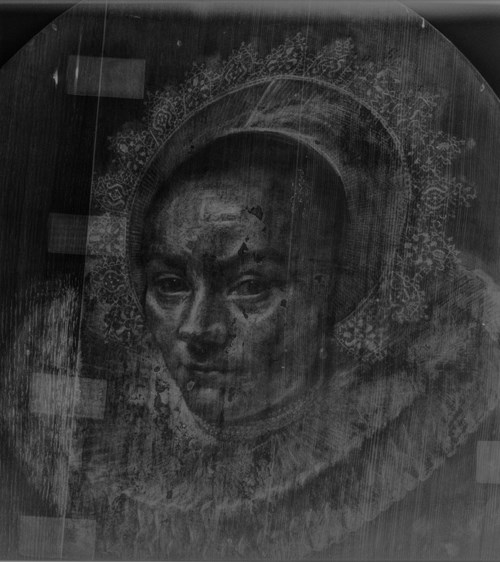 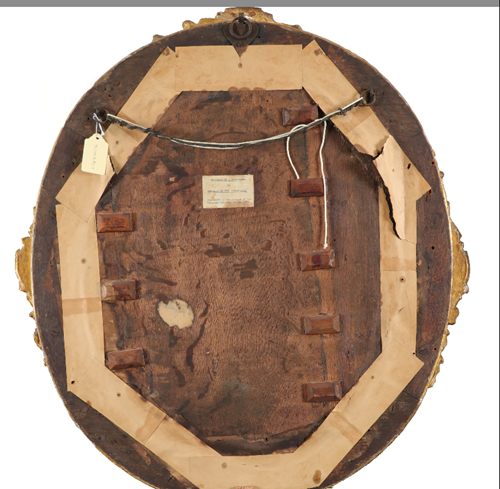 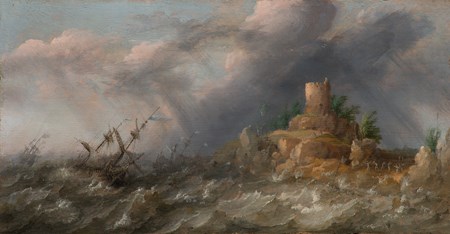 Ships in stormy waters near an island with a Fortress 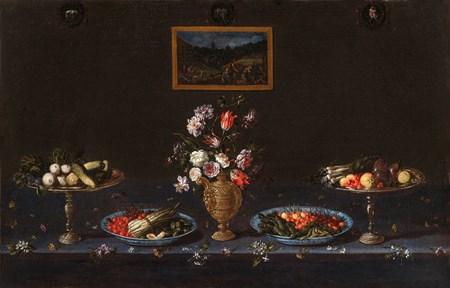 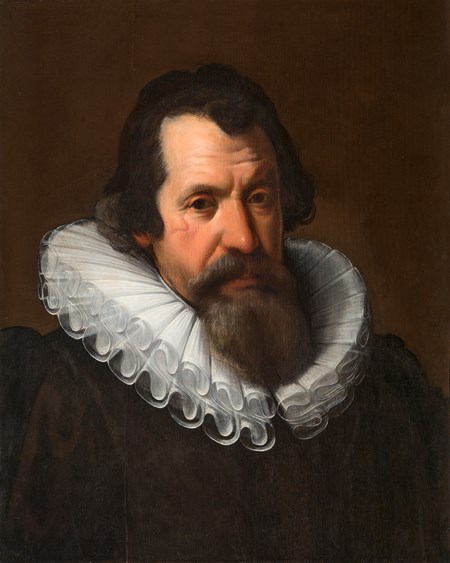 Portrait of a man with Ruff

Portrait of a lady