It is most likely the city of Brielle pictured here, with its rectangular tower of the Church of Sint Catharijne, that is depicted in the background of this marvellous, and rare seascape of Jeronymus van Diest. On the junction between the Oude Maas and the Noord, we see two war ships on the right of which one is decorated with a red lion on its stern.
Van Diest often uses a remarkable handling of the light in which the entire outer lower part of the seascape is casted in a large shadow of a cloud. He plays with the silhouette of the rowing boat and the people on board that contrasts with the bright light behind them.
An impressive, yet smaller, painting with the title ‘The seizure of the English flagship 'Royal Charles' captured during the raid on Chatham (June 1667)’ is housed at the Rijksmuseum (inv. SK-A-1389) in Amsterdam. The present painting equals the Amsterdam canvas in technique, composition and style.
Moreover, it is one of the largest canvases in his entire -relatively unknown- oeuvre. The balanced composition (1/3 sea, 2/3 sky), the sense of depth and the subtle handling of the light show Van Diest’s talent as an artist. 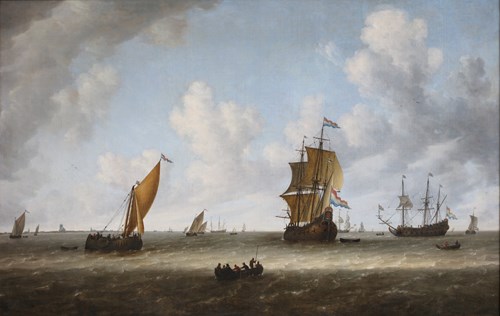 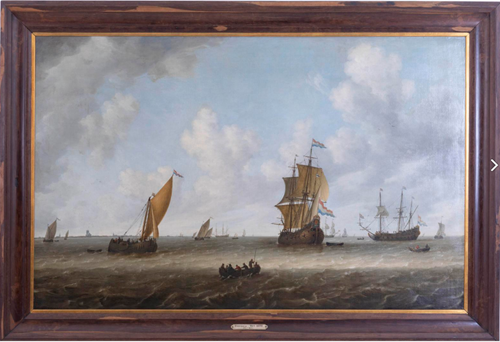 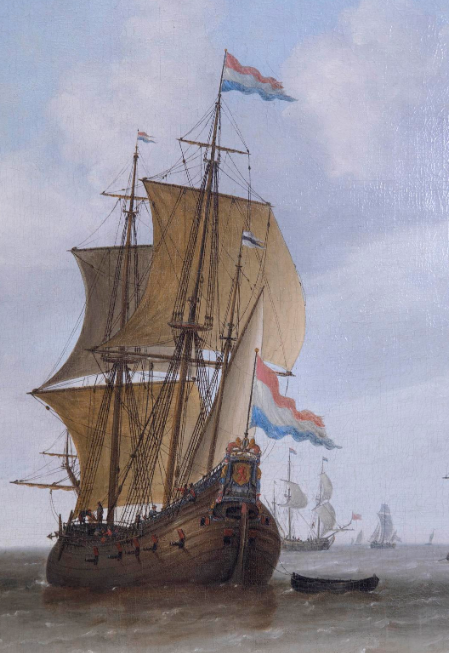 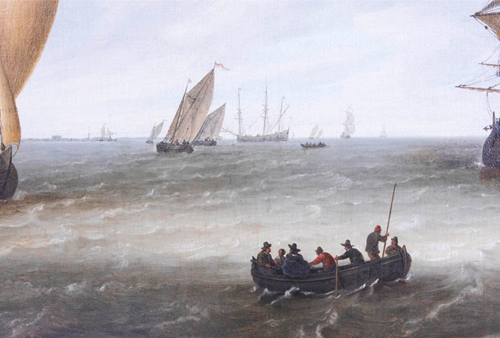 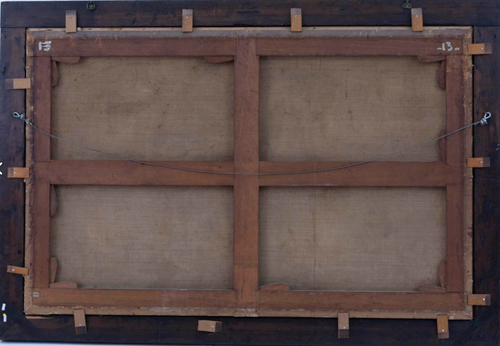 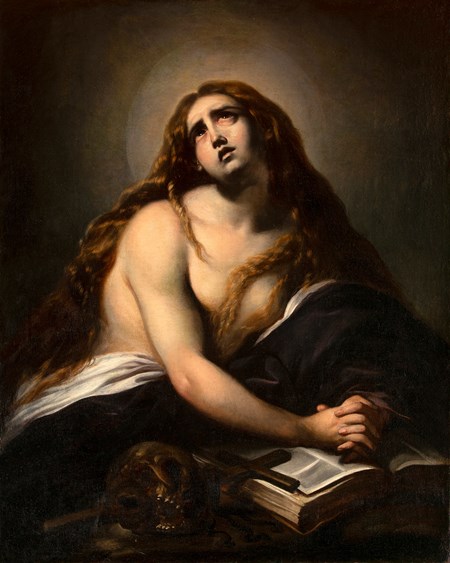 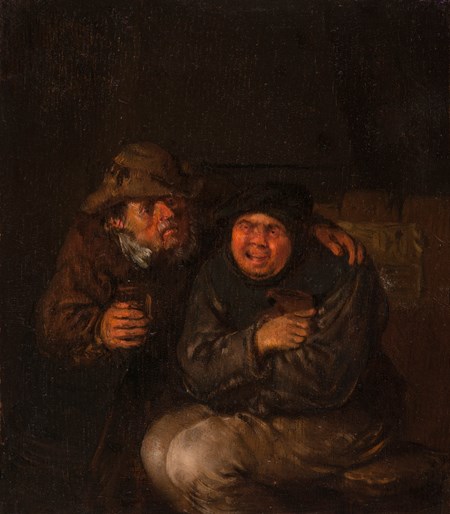 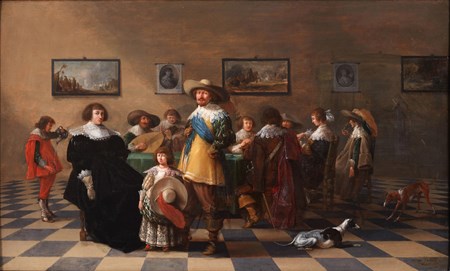