Kitchen interior with a Still life and hugging Couple

Hendrick Maertensz Sorgh was a Dutch genre-painter, baptised and born in Rotterdam where he stayed his whole life. He was inspired by David II Teniers (his teacher) but also Adriaen Brouwer and Rotterdam painters such as Cornelis and Herman Saftleven and Pieter De Bloot.
Back then, Rotterdam was already an important port city with a wealthy bourgeoisie consisting of merchants, shipowners and traders. Throughout his life, Sorgh was a successful painter who had many clients. Since they lived in bourgeois houses rather than country houses, there was a great demand for smaller cabinet pieces depicting the daily life of "the common man and woman" (an ironic attitude towards this "lower class" was even considered an expression of good taste).
Nevertheless, Sorgh developed his own style and his work shows a beautiful visual language: the theme (the couple) is very human and soft, but almost seems like an alibi to portray a beautiful still life in the foreground: the table full of vegetables is zoomed in and the kitchenware and materials are beautifully rendered and razor-sharp. The light is coming beautifully through the window on the left and the composition is very nicely balanced, the colors are warm.
We can assume that a large part of the objects have a symbolic meaning (the sleeping dog stands for loyalty and the fire is kept warm).
We are grateful to Dr. Guido Jansen for confirming the authorship of Sorgh.
Oil on panel, 36 x 50cm 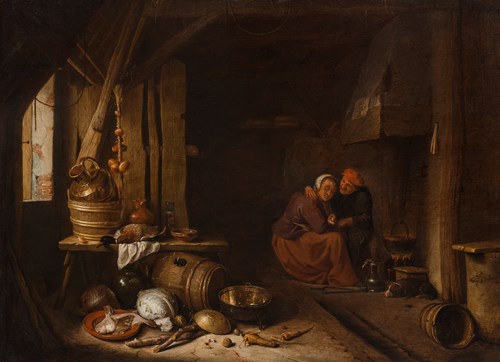 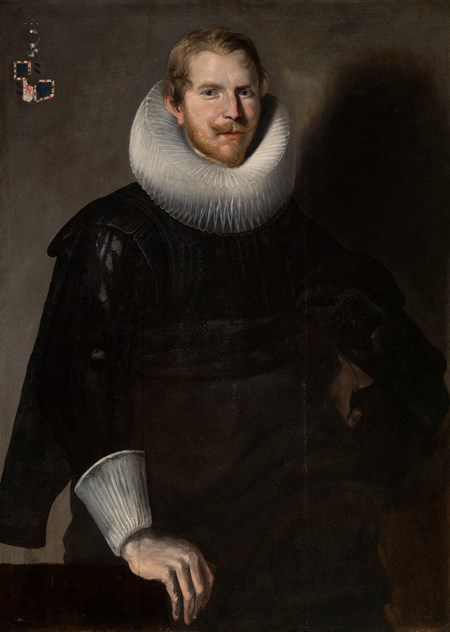 Portrait of a Noble Man 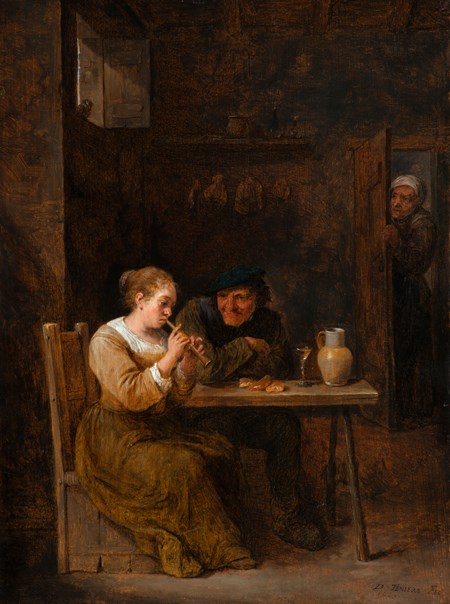 Interior of an inn with a woman playing the flute 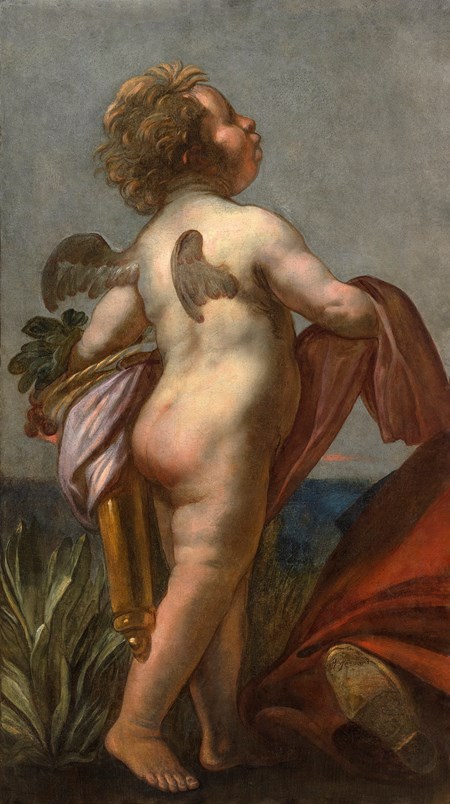 Kitchen interior with a Still life and hugging Couple