Henri Evenepoel painted this work around 1894, shortly after moving from Brussels to Paris. Although he previously painted a few -other academic- nudes, with this painting he takes more distance from his former Brussels period and what we see is that he gradually arrives at a different -between Fauvist and Impressionist- style that is so typical for the master. Just as with the study of a female nude (SEE FURTHER ON THE WEBSITE), we see that Evenepoel likes to place attributes in the background (in this case a mirror). The man is painted completely in the same style as the woman, but appears to be less restrained and more powerful. Evenepoel was working in the studio of Gustave Moreau during this period, who brought him into contact with Henri Matisse and Georges Rouault.
Signed EVENEPOEL above right
Authentification stamps on the back: he oeuvre authentique de Henri Evenepoel 1872-1899.
Published: Danielle Derrey-Capon, Henri Evenepoel, Snoeck-Ducaju, p. 237, Cat. Nr. 84, Reproduced.
Provenance: Galerie Georges Giroux 25/03/1949 , Nr 419.
Oil on Canvas, 81 x 60 cm
19th century 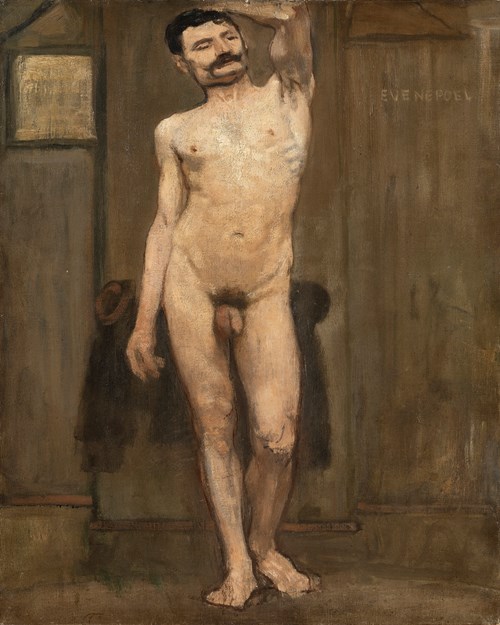 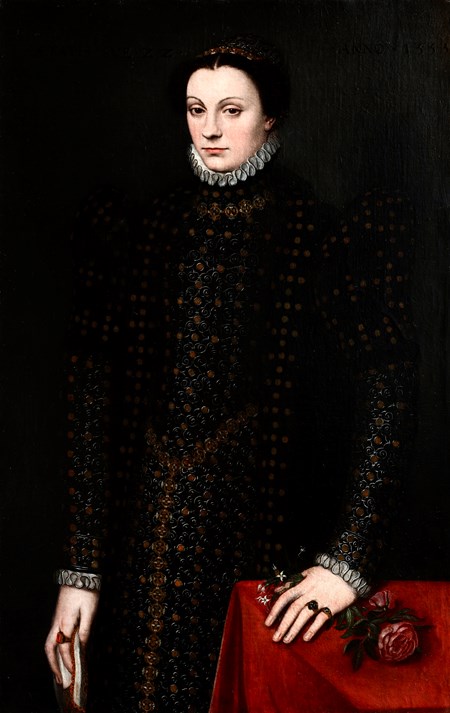